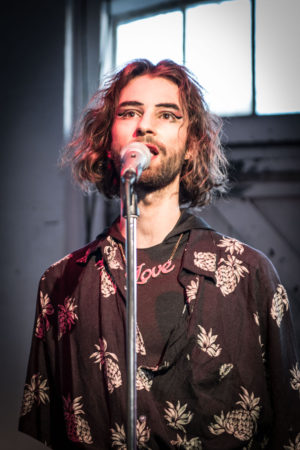 The revolution of Tender_NESS (Poland)
Sustainability, Magic, Sex and Politics.

Vala & Lamella will share their experiences on searching for alternative modes of production in art and culture events, shapeshifting the encounter with public, as well as questioning the hierarchy of artists, makers, producers, curators, hosts and guests in mutually shared time and space. Lamella will introduce notions of home, guests and hosts as the model for art making and community building processes. This performative lecture will give few insights into the sacred queer wisdom as well as share notions on alternative art production,  self_empowerement practice and the revolution of tender_ness by Vala & friends, as well as magic|sex|poetry|politics. All of this above will lead to miracle experiencing as part of geopoetic strategy of choreography and sound making.  Those are the sacred forms and tools for resisting the hyper_capitalistic reality and its corrupted structures of power tenderly developed by developed by Vala & Lamellas.

Lamella the house of queer arts is a non-stationary house of queer arts based in Cracow, Poland. It is an artist-run, friendship-based collective that fertilises the artistic, social and cultural growth of Cracow’s LGBTQAI+ community. Lamella seeks to safeguard spaces for reflecting on queer identity and engages in the process of political, cultural and sexual liberation.

Valentine Rita Tanz | Vala Tomasz Foltyn.
Vala is the artistic director of the independent art institution Krakow Art House – the home for creative arts. in the a century old villa, that is protected by National Heritage Law, and due to the new investor’s decision Vala and her community was forced to move out against the law and become homeless. Vala is also the mother and curator of “Lamella the house of queer arts” that supports LGTBQI+ community. She is a co-producer of the alternative festival of  Radical Jewish Art in Krakow Festivalt – that hosted artists and activists from all over the world with emphasis on women, witches and healers, as well as co-producer of Lava Film Festival. As a sexual healer Vala also runs a series of events called  “Ness” (from Hebrew means ness means miracle) – series of healing workshops for queer, gay, bi creatures. Vala is also an activist involved in recent protests of female revolution making in Poland in order to protect abortion rights as well as defend the independence of Polish constitution, as well as protesting for saving the oldest forest in Europe, called Białowieża Forest at the UNESCO gathering in Krakow last summer. At this very moment Vala is running a campaign for the position of the Presidency of the city of Krakow in Poland.